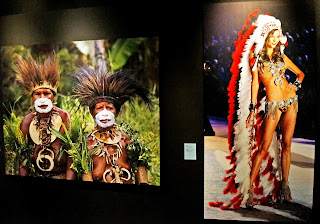 The spectacular exhibition Feathers at the Etnografiska museet in Stockholm demonstrates how feathers were and still are used all over the world. 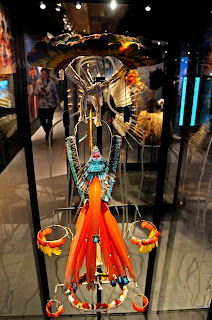 Feather costumes, one for a man (above) and one for a woman (below), are from the Ka’apor of Brazil, who wear these decorative items during their most important festival, at which children are named. 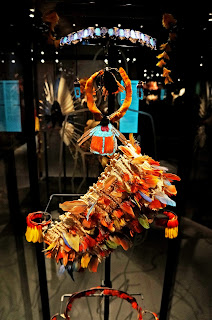 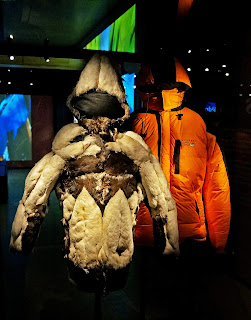 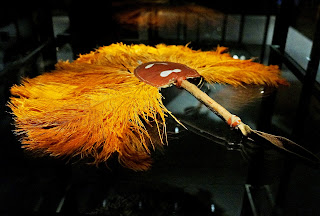 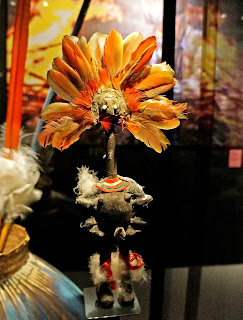 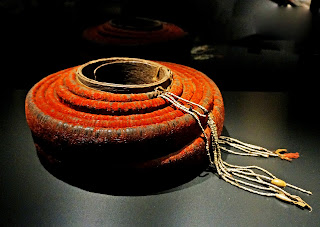 The red feathers of this money were integrated into striplike coils of fiber. The feathers came either from the parrot Trichoglossus massena, or from a red-scarlet honey-eater named Myzomela cardinalis. 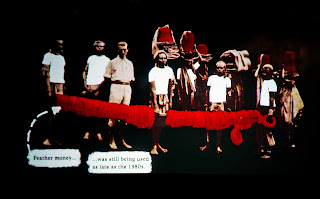 The islanders paid fines, ransoms, and blood money in feather money. It was too valuable to be useful for an everyday medium of exchange. 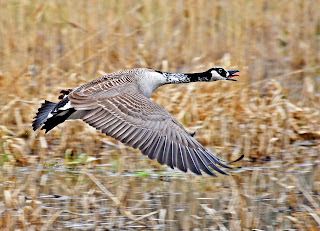